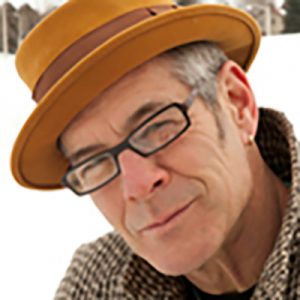 Jacob Mills is a professional actor, physical comedian, and educator. He has been performing and teaching since 1974. He is a past artist-in-residence for Chicago, and his performances have been featured in a wide array of venues in the United States and Europe, including schools, theaters, festivals, and cruise ships.  Mills has performed with Cycropia Aerial Dance, Cherry Pop Burlesque, and Chicago’s Zyngara New World Circus. He has been a featured instructor at the Rhinelander School of the Arts. From 1981-2009, he toured and performed with the juggling and comedy duo, Cheney and Mills. In 2002, he co-founded the Wild Rumpus Circus with Marcia Miquelon and teaches mime, mask movement forms, acting, improvisation, and a variety of circus skills. Jacob studied theater at Cabrillo College in California, the Goodman School of Drama, and graduated from Hayes-Marshall School of Theatre Arts in Portland, Oregon.