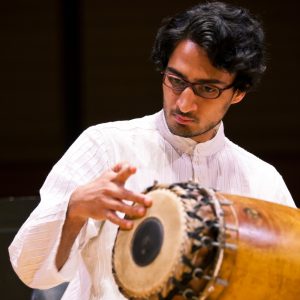 Indian-American percussionist and composer Rohan Krishnamurthy is one of the leading voices of Indian classical and cross-genre music in the South Asian diaspora. Acclaimed a “musical ambassador” and “pride of India” by The Times of India, Rohan’s cross-cultural artistry draws from his formal study of south Indian classical Carnatic music. Rohan has performed internationally as a distinguished soloist and collaborator in diverse music and dance ensembles. He has had the honor of sharing the stage with leading artists of Indian classical music.
IG: @rohanrhythm
YouTube Channel