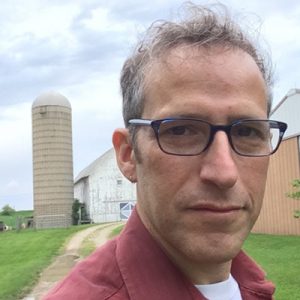 Adrian Danzig is the Founder and Creative Director of 500 Clown, a Chicago-based physical theater company. He has led workshops in physical theater all around the country and internationally. His credits include Comedy of Errors at California Shakespeare Festival, The Feast: an intimate Tempest at Chicago Shakespeare, and The Better Half with Lucky Plush Productions. He has performed in shows at The Goodman, The Second City, Steppenwolf Studio, Berkeley Rep, Brooklyn Academy of Music, The Court Theatre, and Lookingglass. Danzig was an early Neo-futurist and a founding member of Redmoon Theater and Hubinspoke Theater. He received his BA (government) from Oberlin College and his MFA (performance) from the School of The Art Institute of Chicago. He has studied clown with Ctibor Turba, Philippe Gaulier, Ronlin Foreman, Dominique Jando, Els Comediants, David Shiner, and Avner the Eccentric, and was a clown with Big Apple Circus Clown Care. He is writing a book on physical theater with support from the Raven Foundation.