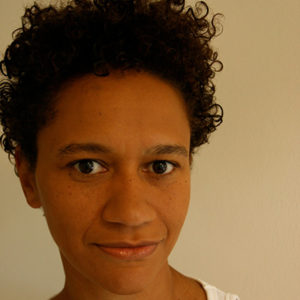 Mojisola Adebayo has worked in theatre, radio, and television on four continents over the past two decades; performed in over fifty productions; wrote, devised, and directed over thirty plays; and led countless workshops, from Antarctica to Zimbabwe. Adebayo’s publications include her plays in Mojisola Adebayo: Plays One (Oberon), 48 Minutes for Palestine in Theatre in Pieces (Methuen), and The Theatre for Development Handbook (with John Martin and Manisha Mehta, available through pan-arts.net), as well as numerous academic publications.