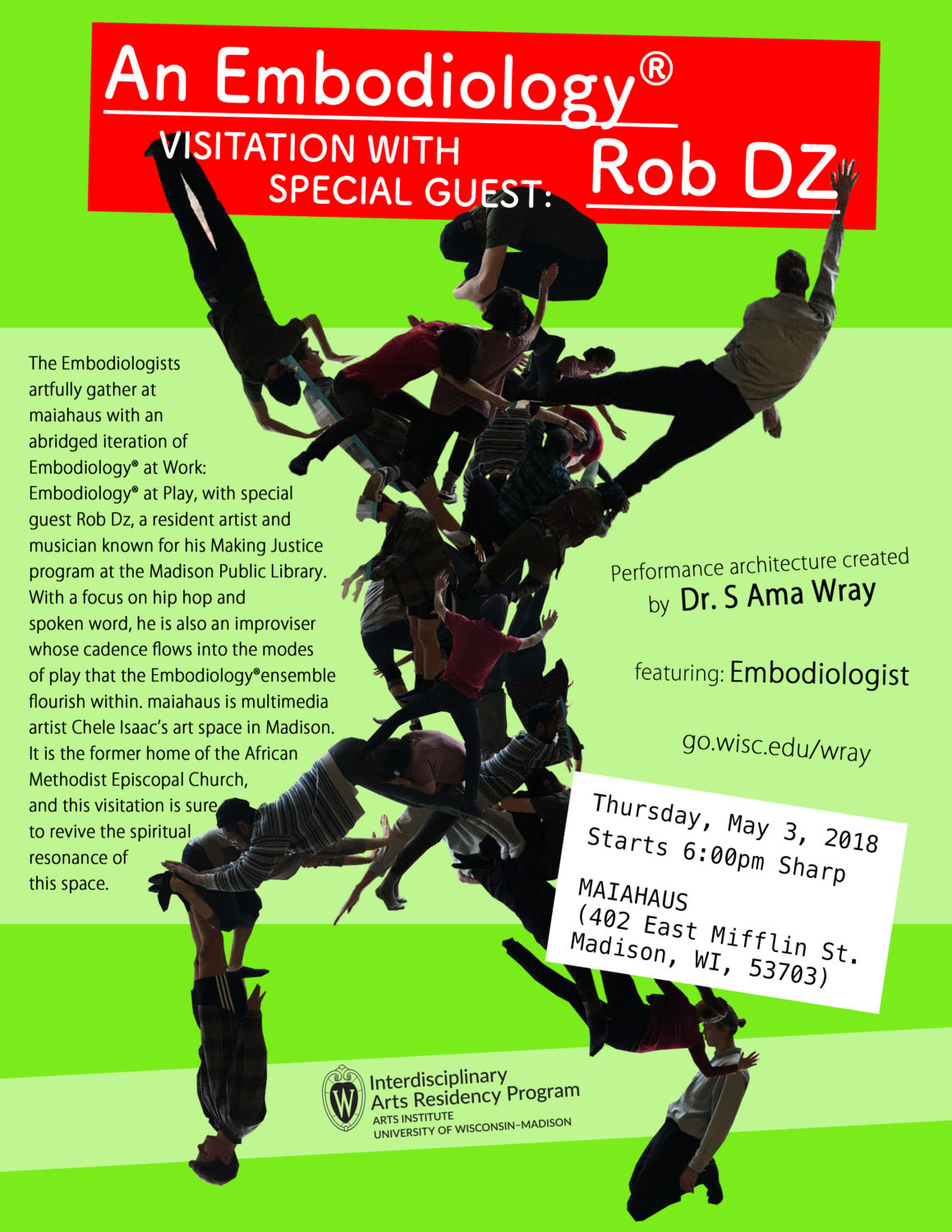 The Embodiologists artfully gather at maiahaus with an abridged iteration of Embodiology® at Work: Embodiology® at Play, with special guest Rob Dz, a resident artist and musician known for his Making Justice program at the Madison Public Library.

With a focus on hip hop and spoken word, he is also an improviser whose cadence flows into the modes of play that the Embodiology® ensemble flourish within. maiahaus is multimedia artist Chele Isaac’s art space in Madison. It is the former home of the African Methodist Episcopal Church, and this visitation is sure to revive the spiritual resonance of this space.

Rob Franklin, also known as Rob Dz, is a resident artist with the Making Justice program for Madison Public Library. His primary residency focus is on Hip Hop and Spoken Word as a positive form of self-expression. Franklin also offers a Personal Branding workshop for middle and high school students. He is founder of Madison Public Library’s Media Academy summer program that focuses on teaching youth to create projects revolving around social justice. Through the Making Justice program, Franklin has worked with The Renewing Futures program offered at Madison’s four high schools, Dane County Juvenile Detention Center, Shelter Home Juvenile Court Program, Clark Street Community School, Dane County Jail, Capital High School, the Neighborhood Intervention Program(NIP), and Toki Middle School. He has also held previous residencies at Cherokee Middle School through the Madison Jazz Consortium and with The Black Star Drumline through The Boys and Girls Club of Dane County.  As a musician, he has performed with the likes of Nas, Eminem, Common, Talib Kweli, Dead Prez and others. He recently was inducted to the American Folklife Center at the Library Of Congress and The Smithsonian Institute’s National Museum of African American History and Culture as a member of The Story Corps program.